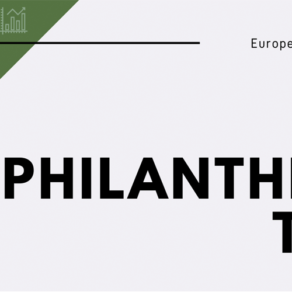 The 2020 European Mentoring Summit brought together more than 350 people from 28 different nationalities for a whole week. The aim of the third edition of this international event was to talk about mentoring as a tool for social inclusion in a context the Covid-19 global pandemic. During the event, the mentoring community proved how important it is to create synergies to keep advancing and improving the social impact of mentoring across the world.

One of the big news of this Summit was the celebration of the first Philanthropic Track, an activity that aimed to give eight mentoring organisations the opportunity to present their programmes in front of potential sponsors. The participating mentoring programmes were biffy Berlin (DE), Campus Connections Aotearoa (NZ), BUDDY (SK), Fostering Healthy Futures (US), kein Abseits! (DE), Rossinyol Barcelona (SP), Mentoring Association (UKR) and SERVUS – EDU4U (NL).

A representative from each of the programmes got to pitch in front of the philanthropists Mar Porras, from Ricoh, Miquel Antonijuan, from Fundació Nous Cims, and Nil Roda, from Fundació Naccari Ravà. After the presentations, the philanthropists gave their feedback to the participants, with tips and recommendations when it comes to putting their projects forward in front of potential sponsors.

The three philanthropists also took part in a roundtable moderated by Laura Llinàs, Executive Coordinator at Observatori Dona Empresa i Economia of the Barcelona Chamber of Commerce. During the session, they talked about their experience as sponsors of social projects. The public of the roundtable got to learn about how to approach potential donors and put forward the best pitch.

On Friday the 9th of October, during the Closing Ceremony of the 2020 European Mentoring Summit, the winner of the Philanthropic was announced: Campus Connections Aotearoa (NZ), represented by Kelsey Deane, received the 1000€ prize. Overall, the eight participants gave a very positive rating of this exclusive session.

Good morning,
We are experiencing some issues with the website. In case you cannot enter the website, please, use this other link: https://online-mentoringsummit.eu/
Sorry for the inconvenience. 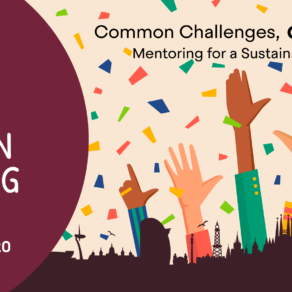 Are you attending the 2020 European Mentoring Summit? Make sure you check your email and begin the registration to the sessions! Check out the agenda, plan your itinerary, edit your profile and you’re ready to enjoy the experience!

What do you need to know?

1. We have sent an email with your username (email) and password.

3. Attention! You will have to choose a team! We ask you to think about which of these words resonates more with you (more detail in the website!)
Achiever
Philanthropist
Disruptor
Socialiser

4. Choose your Sessions! Make sure you know how this works:

There are different types of sessions:
Ceremonies, Keynotes, Group Discussions, Workshops, Research Debate Tables, Roundtables and two special events: the Researchers Assembly and the Philanthropic Track. Most of them are open to all of you and will be spaces of encounter for the whole community. Others, however, have some limitations, as they would in an in-person event!

All the other types of sessions are completely open, so you can choose to attend as many of those as you want!

During the whole week, there will be different communication channels. We will be sending daily newsletters with a summary of the day, we will be using social media to make announcements, and we will be available in the new Summit website to assist you if you experience any technical issues or if you just want to connect. You will be able to contact the rest of the attendees directly from the website.

We have also set a LinkedIn group for you to network with all the attendees! Find the exclusive link in the newsletter. This group will also be a communication channel where we will share relevant information through the event. 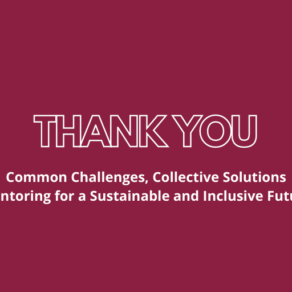 Journey towards the 2020 Mentoring Summit: Exclusive interview with the event organizers

“We’ve had to rethink the way a summit works, how to make it engaging even if it is not in person”.

European Center for Evidence Based Mentoring had an exclusive interview with our friends at the Coordinadora Mentoria Social,
Marta Lopez Cornellas and Carina Garcia Mesegué who have been working relentlessly to bring you the online Mentoring Summit. The journey to move the European Mentoring Summit online has been a “really long and exciting process” says Carina. It was quite unexpected and sudden when the event got postponed in March. It feels like a lifetime has passed since this epidemic started and we have all had to make this switch to remote working. It really felt like a lot of time has passed since they have had to organize an in-person event. Indeed, there were several challenges as “we did not have the skills to prepare an online summit”. But they have worked hard and learned a great deal along this journey.

The decision to make the event online was made quite early and this really gave them plenty of time to learn new techniques and gain experience with hosting events online. The Coordinadora Mentoria Social has organized and been a part of several online events during this period. The Keep Mentoring Event in June for example already taught them quite a lot about hosting successful online events capable of facilitating online mentoring communities and collaborations between mentors an organization. “It also helped to see that people are really willing to meet and to learn even though we are not meeting in person”, Carina ads. This really helped them change their mindsets and think in a different way when moving the European Mentoring Summit Online. They have also spent much time and effort into how they engage with the attendees and keep them interested during these six months.

Considering it was not going to be an in-person event anymore, a lot has been changed in how the online event will be planned and executed. Though the topics for the Mentoring Summit remained the same, they had to be adopted to include the many things they have learned on how to virtualize their programs and how to adapt to this new virtual way of working in the mentoring field, says Marta. However, the main focus while making this switch to an online-only event was on how to drive and enhance networking which is one of the main things that visitors to the event are hoping to gain out of it. Making an online event also enhances the information available to visitors. While in-person events can lead to a higher level of engagement through workshops, and online event can record all the information and happenings and make it available to the guest’s post-event. Marta says, “we imagine the website of the new summit to be like a library of knowledge that we can share with people afterward which will be more interesting to the guests”. The event will include elements to make it more fun and engaging, which is going to be exciting. What are these going to be? Attendees will find out during the event.

However, it was the support from the mentoring community and their network which gave them the drive to persevere through this exhausting and difficult journey. “We talked to them and we realized that they still wanted to do, and they still have the motivation. And that helped us a lot to say that let’s do this no matter what. And it’s going to work out in the end even if it’s difficult.” Having an online event also means that it can get engagement from more people from around the world since visitors no longer had to travel to Barcelona to be a part of the 2020 European Mentoring Summit. “And actually, now we have more people than we had planned in March” says Marta.

The topic of this year’s summit, “Common Challenges, Collective Solutions: Mentoring for a Sustainable and Inclusive Future” is deeply related to the core of The Coordinadora Mentoria Social, says Marta. The organization works only with people at risk and considering that we are in a time in Europe when we are facing a lot of challenges in terms of inclusion, it is time that the mentoring field can work together to address several of these social issues. All mentoring projects are going through the same issues and all risk communities are struggling more than they were before the pandemic. So, it is all about uniting, it is all about coming together, putting all of our knowledge together and sharing it with every attendee which comes so that they can go back to their job place with more knowledge and more ideas on how to overcome these difficult times. This event is going to be all about bringing together people from all over the world to share their experiences, their knowledge, and contribute towards a sustainable and inclusive future through collective solutions to common challenges.